To accompany our issue on Atlantic Canada's cinemas, a new program of short and feature films curated from the Maritimes.

Goin' Back Down the Road: A Spotlight on Atlantic Cinemas

The cinemas of Atlantic Canada is as varied as the region itself: dramas, comedies, documentaries, experimental films; films of the cities the towns; stories of the fishers, the office workers, the marginalized, films of the natural and the animal and the human-made. You can hear it in the accents and the symbols that have come to have meaning for people, past and present – also varying from New Brunswick to Newfoundland – you can smell the ocean, the taste of cod or lobster, you can feel the grains of coal, you can hear the music of the Ceilidh, the creaking of wooden houses engrained with the salt of the sea. The films featured on Panoptique will take you on a voyage through Atlantic Canada, through its humour, its pain, and its joy. 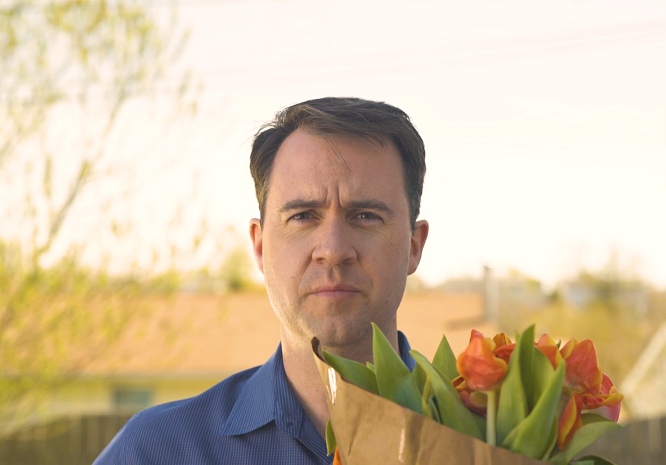 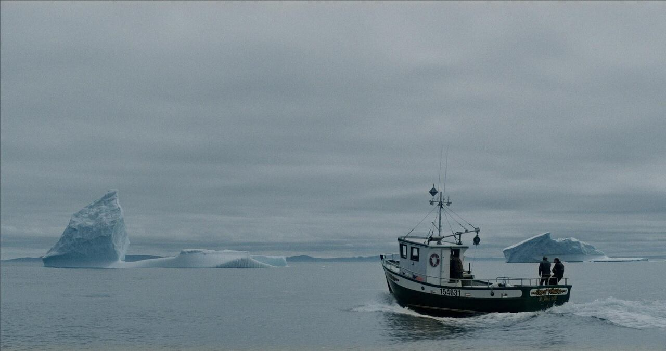 The Date (Taylor Olson, 2019): A man and a woman, both divorced, single parents, decide to go on a date. But, they’ve forgotten the rules, or even if there are rules in the 21st century. Are they supposed to leave the kids at home? Do they still remember how to kiss? Are they looking for love, or just a quick roll in the hay? Will their kids even leave them alone for a few minutes? In the suburbs, there will be a kind of negotiation, since life is complicated, people are complicated, but love is wanted and necessary.

Duck Duck Goose (Shelley Thompson, 2018): It seems an ordinary day in this typical elementary school: students are engaged with their studies, and their teacher is excited about the knowledge she’s bringing to them. But then, the unthinkable happens, and the teacher must make the most terrible decision of her life, a choice forced on her by terrible circumstances, but that will threaten to haunt her the rest of her life. Can she live with the consequences if the worst outcome comes to pass?

Flankers (Justin Oakey, 2014): A hard life makes for hard men. For the fishers of Newfoundland and Labrador, this hardness often turns to disagreements, with harsh words and harsher fists. This kind of hatred can lead to tenuous connections that threaten even more so on the dark ocean.

Martha Brook Falls (Ashley Mackenzie, 2017): In a secluded valley in Nova Scotia, a river runs over a large waterfall. The camera captures these moments: the small bubbles in the water, the calm and the rapid flow, the reflection of trees and sky on the surface. Does the river see these images? Does it feel the wind skimming across its surface? The story of the river is a meditation on time and substance. 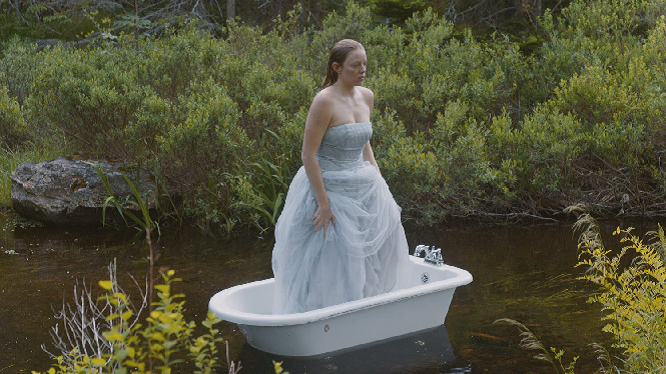 Body and Bones (Melanie Oates, 2019): Tess is stuck in her small Newfoundland town. Her mother’s death still haunts her, even as her stepfather still wants to look after her. But he’s moving in with his new girlfriend, and all the boys at school seem to want Tess for are sexual favours, with little in return. Tess’s only consolation is the music of local artist Danny Sharpe. But as luck would have it, Danny’s mother is the stepfather’s new girlfriend, and Tess uses this somewhat distant connection to dramatically insert herself into Danny’s life. Her frustration with her own life turns into an obsession with Danny, perhaps not someone to be trusted with a teenage girl. This slow-burning film paints a portrait of a girl who is fumbling her way to womanhood with too many dangerous decisions.

A Fire in the Cold Season (Justin Oakey, 2019): Scott ekes out a living as a trapper; one day, in the middle of the forest, he finds a dead body. He takes a quick eye to the body’s ID before contacting the police, and soon finds himself visiting the dead man’s pregnant girlfriend, Mona, who has many problems of her own. Mainly, the dead man seemed to owe money to the wrong people, and the local crime lord has decided that Mona will have to pay the debt. Scott tries to help her, but soon finds himself in over his head. Even in these small villages, where life often seems hopeless, the connections between people are the crack where the light enters. It's a story that reflects the real limits and consequences of criminal behavior, woven into a greater tapestry of its place and time, and the people who inhabit it.

Murmur (Heather Young, 2019): Donna is a woman trying to pick up the pieces of her life. After a DUI conviction, she’s required to do community service at a local dog shelter. Isolated from the daughter who refuses to speak with her, seemingly without any other close connection, and finding herself unable to give up drinking, Donna turns her love and attention to an elderly dog, set for be euthanized. Despite the vet bills, Donna takes the dog home – this comfort and companionship leads her to adopt more animals, until it all threatens to overwhelm her. Young creates a new kind of social realism that reflects the loneliness of those struggling to reintegrate into society.